March 01, 2017
About last night:  So thrilled to have attended the opening night for Kinky Boots - Spokane at the INB Performing Arts Center
All I can say is, Ohh Lola! Timothy Ware-Hill strutted into the role of coveted role last night and SLAYED it. No real surprise that Ware-Hill was quite comfortable in the fierce footwear as he's been the understudy for the role on Broadway, performing it 163 times.
We need to alll thank our lucky stars that WestCoast Entertainment delivered this to us in #Spokane, Washington. Seriously, the line up year after year is remarkable. Ahh, this is a must see show. Kinky Boots on Broadway is winner of every major BEST MUSICAL award, including The Tony, the Grammy and London’s Olivier Award. There is no shortage of talent on the national tour.
The story is about two young men, both with daddy issues that realize they are more alike than their obvious differences would lead one to believe. Isn't that the truth. As the story goes, these unlikely friends find common ground that leads them to collaborate by making fabulous footwear for a niche clientele: drag queens! The show was highly entertaining with cheeky dancing and original music by iconic Cyndi Lauper. The happily-ever-after is that the entire cast learns the meaning of love and acceptance ❤️
Of course, Lola and her band of drag queen angels wore it best. #wcebtoadway #kinkyboots 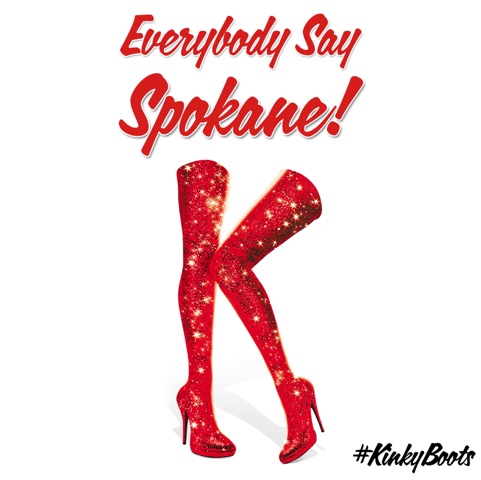