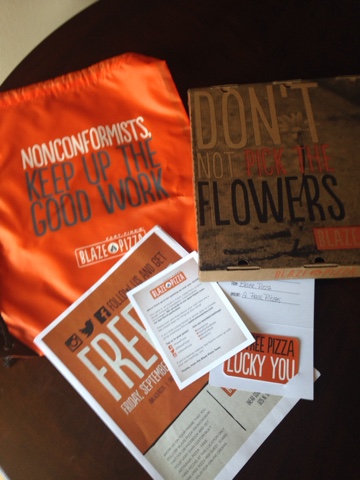 I may just be a pizza snob. Life's too short for doughy bland ZA. So when BLAZE PIZZA first contacted me as writer/blogger to be a guest at their new Spokane location, I was initially excited but then not so much. Though impressed with the marketing materials and swag they sent me, I summed up how the experience would be based on similar concept restaurants. I was very wrong.


Nestled in the U-District is a fantastic and delicious dining experience. BLAZE PIZZA is a modern day "pizza joint" serving up artisan ZA that's both fast and affordable. Expect custom built pizzas which are generous in size for around $8 that can be paired with the creative salads. 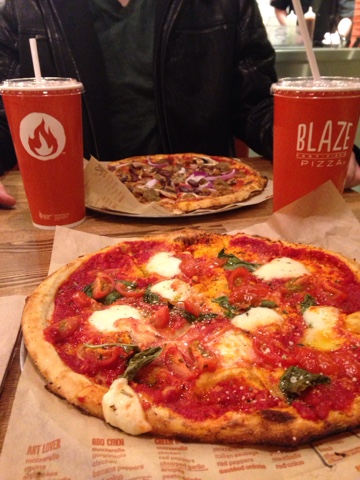 The interactive open-kitchen format allows patrons to customize their pizza or tweek one of the menus signature pizzas. I give extra points for the genuinely friendly and attentive staff that combined with the restaurant's cool design contributed to our meal.
Like with most dining experiences, it's the quality of ingredients that separates good from great. You may get a your pizza in lightening speed but in anticipation of your arrival the pizzasmiths are hard at work making dough from scratch which requires a 24-hour fermentation period. Hmm, it's slow food in disguise. It's obvious a critically acclaimed chef behind the carefully sourced ingredients and delectable flavors combinations in the signature pizzas. Nuances such as extra virgin olive oil and sea salt add to the taste. Craft Beer and Wine are also available and although it may be a franchise, the company developed a turn-key in-restaurant fundraiser program that returns 20% of an event's proceeds back to local organizations. Uh-oh, I have a crush on a franchise.  Interesting tid bit is that LeBron James and Maria Shriver are investors.

It's no surprise, Blaze Pizza is one of the fastest growing franchises developing a cult following. Okay, I may have initially been skeptical but after one visit and I'm a raving fan.