"She had us at HELLO" Best of Broadway presents Hello, Dolly!

January 25, 2014
Before there was match.com, there was Dolly Levi, a strong willed matchmaker in New York City. The year was 1890 and although the National Prohibition Party elected its first member of the House of Representatives, it would take awhile before the ban of liquor to come into effect.

In celebration of being able to pour, you may be asking what to drink?
The perfect preview for this Best of Broadway show is waiting for you at CLOVER.
For a well-crafted drink GO SEE Paul Harrington or one of his well-trained barkeepers at Clover
911 East Sharp Avenue in Spokane’s University District


Clover was honored by being included on Food & Wine’s list of “Top 100 New American Bars,” compiled by Jim Meehan of New York City’s famed PDT. And now, Food & Wine has featured Clover on their short list of “Best New Bars in the U.S.” – only 35 locations nationwide made Meehan’s select group! Now’s a great time to come in and help us celebrate this privileged status with your favorite Clover cocktail.
Clover's Paul Harrington is kinda a big deal in the liquid world.  Harrington was a well-known San Francisco barkeeper and notable drink author who grew up to become an accomplished architect. Spokanites rejoice that Harrington recently gave in again to the lure of restaurant industry. While still an architect, Harrington can be found serving well-executed cocktails as a proprietor of the recently opened Clover. Known for years in the Bay Area as the “Alchemist,” he wrote a weekly online drink column for Hot Wired and penned a book entitled Cocktail: The Drinks Bible for the 21st Century. Thanks to Paul’s decades of experience, Clover has a reputation for its inviting bar and well-crafted drinks. Not surprisingly, the drink menu is based on the classics and the barkeepers focus on execution and consistency. A drink frontrunner is the popular “Jasmine,” composed of gin, Cointreau, and lemon juice. When I asked Harrington what he recommended, he struggled. He has dreamed for years about the kind of bar he would design and every cocktail on the menu is distinctive and earned its place for a reason. Harrington did finally suggest the “North Utsine” made gin, lime juice, ginger syrup and bitters as a drink to try. Note, too, that a number of the cocktails on the menu are Harrington originals.
Patron Pick: Jasmine
Bartender Sip Tip: North Utsire


Then it's off to the SHOW! 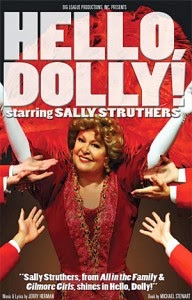