November 08, 2010
The syrah/shiraz are identical, but growing conditions change the flavor profile.

Shiraz is the workhorse of Austrailia. Most Australian show intense black fruit flavours, almost jammy at times with a hot peppery characteristic. The French versions ripen more slowly and don't move as far in that direction, so the less intense flavors are more noticeable. They tend to be more ripe red fruit flavors with coffee or chocolate tones.

Syrah (sir AHH) is a dark-skinned variety of grape. Syrah is grown in many countries and is primarily used to produce powerful red wines, which enjoy great popularity in the marketplace, relatively often under the synonym Shiraz (sher-AS).

Merry Cellars 2006 Stillwater Syrah - $28
This Syrah from Stillwater Creek which has been blended with just a bit of Mourvedre to give a bit more vibrancy. Offering juicy layers of ripe fruit, raspberry, cassis and a long supple finish

*SOLD OUT Syrahs from Robert Karl and Barrister have always been stunning and are currently out of stock.. Watch for the Spring 2011 releases.

Syrah/Shiraz is used both for varietal wines and in blended wines, where it can be both the major and/or minor component. The great grape of the northern Rhone Valley of France, Syrah's origins are the subject of much debate. It is called Syrah in its country of origin, France, as well as in the rest of Europe, Argentina, Chile, and most of the United States. One of the noblest black grapes, if longevity is a factor in nobility. 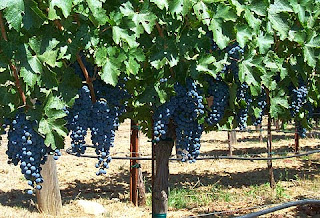 Petite Sirah (peh TEET sir AHH) is really none other than the Rhone variety Durif, yet it was mistaken for true Syrah in California for more than a quarter century. While Syrah and Petite Sirah are both Rhone grapes, surprisingly they are not related. Durif was named after a Dr. Durif who first propagated the grape around 1880 in the Rhone Valley, is an unpopular variety grown in tiny quantities in southeastern France. It is now being grown on a limited number of vineyards in Eastern Washington and the southern Willamette Valley of Oregon. Yes, Petite Sirah is grown in Washington and receiving accolades for the wine being produced. 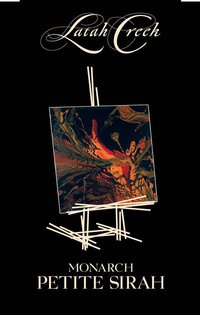 Latah Creek Wine Cellars just released a sensational Petite Sirah. The quantity is extremely limited so I suggest you not wait on this. It's exciting to see Washington Wine pioneer Mike Conway continue to blaze trails in winemaking. Known for producing masterful whites, Latah Creek has been releasing remarkable reds such as this latest Petite Sirah release.

Arbor Crest Wine Cellars also has a 2008 Petite Sirah from the Wahluke Slope Vineyard which is a wonderfully rich and intense. It is loaded with black currant, maple and violets.

In conclusion, Shiraz and Syrah are names for the same grape. It is most definitely NOT the same as Petit Sirah.

Anonymous said…
Yikes... in 1996 UC Davis determined conclusively that Durif and Petite Sirah are not the same and are two different varieties. Most of what was called PS in California is actually Durif, but they ARE genetically different vines.
November 8, 2010 at 11:50 PM