You’re my cup of tea 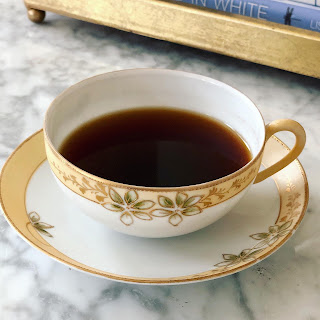 It may look like an old teacup & saucer. But it’s so much more. It most definitely has stories to tell. This delicate hand painted 24k gold lined teacup and saucer is from before WW1. Its seen a lot. Imagine the world events that have happened and possibly whose hands this was in. 💛

The back stamp is that of a famous Asian china, "Nippon," simply means "Japan." Nippon china was produced for export to the United States beginning in 1865, when the country ended its long period of commercial isolation. However, that ended in 1921, when the United States enforced the McKinley Tariff act which prohibited the import of items which were not "plainly marked” stamped, branded or labeled in legible English words. As Nippon was considered the Japanese word for the country of origin, "Japan" would become the English equivalent, the period of the Nippon china mark came to an end.

Genuine antique Nippon porcelain is nearly always hand painted and ornate in decoration. Like this lovely one, most Nippon pieces are exquisitely delicate. During the Meiji period (1868-1912) many of the Nippon china pieces were trimmed with 24 karat gold. The process used in those days, however, did not bind the gold well to the porcelain, so pieces that have not worn off a significant portion of the gold are highly valued. This one is in perfect condition. You can easily feel the raised gold lining when gliding your finger over the graceful curves of the artist’s design. ☕️