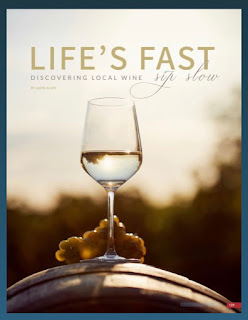 One sip and you’ll understand why opting to pour local is trending. Spokane is currently home to 20 diverse wineries. Local wineries are complimented by several out-of-area satellite downtown Spokane tasting rooms such as Cougar Crest Estate Winery, Helix Wine and Va Piano Vineyards. Additionally, Maryhill Winery, whose collected over 3,000 accolades for their wines opened a spacious off-site tasting room in the thriving Kendall Yards neighborhood. The new 5000 sq ft structure was designed to take advantage of a spectacular view of the river and downtown skyline. North Idaho contributes Coeur d’Alene Cellars and Pend d’Orielle Winery to the established yet still emerging wine scene.  Pend d'Oreille Winery, located in the restored Belwood Building in Sandpoint, Idaho has become a gathering place for wine and the perfect pairings of food and music. Jim Bopp and Kylie Presta are carrying out the legacy of the winery which was established by Steve and Julie Meyer in 1995. Besides making great wine, winemaker Jim Bopp and Kylie have created an an event based winery with live music most nights and memorable events, such as BYOB which stands for Blend Your Own Bistro. This is a hands-on class that includes wine tasting to create 1.5L of your Bistro Rouge Personal Blend, wine and appetizers.

Most of the grapes for Washington’s 970+ wineries are grown in the 509 area code in American Viticultural  Areas (AVAs) which tastefully surround Spokane. Yes, its true Spokane isn’t known for growing grapes, however winemakers don’t have to venture too far to get them. The best way to experience local wine is at the wineries themselves. True that area wineries have diverse personalities but  are similar by being intimate, often providing the opportunities to taste directly with the winemaker.

Latah Creek Wine Cellars, established in 1982 by Mike and Ellena Conway, is a pioneer in Washington State’s wine scene. Truly a family-owned and operated winery, the Conway’s only daughter, Natalie Conway-Barnes is now a winemaker along side her father. Although, Latah Creek is historically best know for their signature whites, they also produced outstanding reds. The local artist labeled Monarch Series are small lot productions of reserve reds are consistently outstanding.  If you attend an event at Latah Creek, you most likely been treated to cuisine.  Ellena has published several cookbooks from years of wine pairing and cooking demonstrations.

Award winning Barrister Winery is nestled in a downtown alley in a historic brick building.  Greg Lipsker and Michael White, two local attorneys that became winemakers on impulse, after purchasing home wine making kit in 1997.  Mainly because they outgrew their garages, Barrister Winery was launched in 2001. Barrister Winery’s 100 year-old historic tasting room is an ideal venue for a soiree. The tall exposed brick walls, uneven hardwood floors and the aroma of the wine provide an ambiance that’s rustically elegant and timelessly romantic. Behind the tasting bar, there’s a window to the railroad tracks allowing wine tasters to watch and feel the trains pass by.  Lipsker teases that the Barrister secret is the wine barrels are gently train rocked on a regular schedule.  As the winery grew, they added Tyler Walters started as an assistant and became part owner, impacting all aspects of the winery. Barrister opened a second tasting room across the street from the Davenport Grand Hotel nestled by Aunties Bookstore. Primarily a house of red, Barrister is best known for their remarkable Cab Franc and Rough Justice, a popular red blend.  The wines have received accolades across the board, having some thinking there’s something to that train rocked wine thing.

Arbor Crest was the 29th Washington winery established in 1982.  The historic Cliff House is  perched high atop cliffs overlooking the Spokane River. Arbor Crest boasts one of the most spectacular settings of any winery in Washington State and is worth visiting for this reason alone. At Arbor Crest wine making is a family tradition. Arbor Crest's winemaker, Kristina Mielke-van Löbel Sels, is a second-generation winemaker. Daughter of founders Harold and Marcia. Mielke-van Löbel Sels and her husband Jim; a viticulturist joined the Arbor Crest Wine Cellars staff.  Arbor Crest produces a wide variety of reds and wines.  Dionysus, a Meritage blend is a definite standout red. Back in 1969, Jim’s family released the original (and long-dormant) van Löben Sels label in California.  Jim and Kristina renewed the label and have received rave reviews with the remarkable Bona Dea Red Blend being a notable standout. The summer concert series is an ideal way to experience Arbor Crest but music is a year-round draw as they offer fireside music in the tasting room as the weather cools down.

Robert Karl Cellars was founded in 1999 and is located in a 1912 fire station in downtown Spokane’s historic warehouse district. Physician winemaker, Joe Gunselman and his wife Rebecca handcraft world-class wines with grapes exclusively from the Horse Heaven Hills AVA. Robert Karl isn’t the name of an actual person. It’s a combined name from Joe and Rebecca’s families, which they thought was easier to say, therefore more marketable than Gunselman. Although they produce a Cabernet that’s always in demand, thir Claret and more recently a get it before it’s gone, dry Cab Franc Rosé. Robert Karl’s Wine Club is e label is best known for thereferred to as the Robert Karl Health Club. The doctor/winemaker is convincing that daily wine is beneficial to you.

Be an adventurer and visit a winery. Discover why the Spokane, Coeur d’Alene and surrounding areas have become a destination for wine.